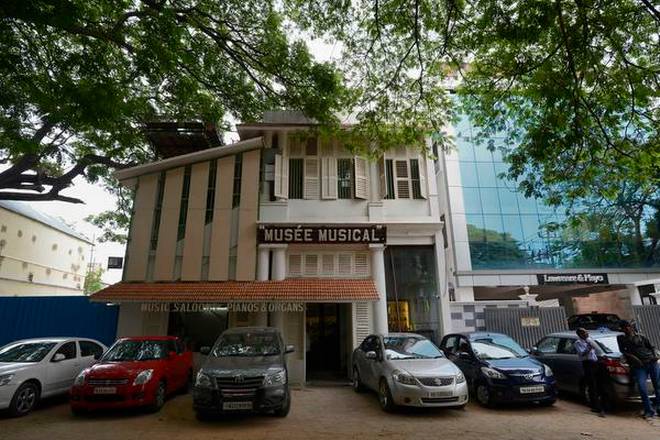 For nearly 180 years, Chennai’s famed Musée Musical has celebrated a near-perfect score. The story of the music brand weaves into its plot an English pianist, a French businessman and an Indian accountant who took a Portuguese firm — Misquith & Co, founded in 1842 — and made it a place where many Indians had their first tryst with music; some of them went on to become legends.

The firm that resides on Anna Salai in a red-tiled building with green awnings and a signage that reads ‘music saloons, pianos and organs’, has since 1901 represented Trinity College, London, prepared nearly 20,000 students for the College’s exams, and serviced and sold musical instruments. Helmed by the Das brothers — Kishore and Sachin — Musée Musical has now jumped on to the app bandwagon to accelerate learning and develop technical skills. Manoké, which means ‘play along’ in Japanese, has been developed by US edu-tech company Topxight Labs.

“Good teaching cannot happen without a teacher and face-to-face classes. The tech intervention is to ensure transparency and engagement among the teacher, learner and the parent in the case of a young student. One of the biggest challenges for teachers during this time has been consistency and monitoring students’ practice,” says Sachin, an architect. “Since a teacher has multiple students at multiple levels, technology aids in assessing them through a single channel. This is what this initiative is aimed at.”

How it started
“Manoké’s journey began in 2016 with Delaware-based technocrat Siva Visveswaran. Initially Manoké was launched with the idea to help anyone who wanted to learn to play their favourite song,” says Sachin, adding that it addresses the need of the Indian majority whose first foray into music is generally through films. “There are a lot of apps for chords of popular western songs, but there aren’t many sources for popular Indian songs. Manoké Studio, is a notes creation, curriculum planning and publishing platform, while Manoké Stage is a play-along app for the entire orchestra.”